In my role as roving reporter for Miki I am given all sorts of interesting tasks. I was thrilled to be put on Paddington Patrol.

I was keen to get on with this so while on a shopping trip in Yarm I was over the moon to find Paddington in Waterstones book shop window. I had my phone out in a flash and began taking photos. Looking closely at the scene it was really quite amusing. A big Paddington was surrounded by Paddington books and behind him was a Christmas tree with gingerbread men, candy canes and little Paddington decorations. The thing that caught my eye was this cute little Paddington suspended upside down from the top of the tree clinging on to the branches he really looked as though he had made an early start on the Christmas sherry! I couldn’t wait to get home to send Miki the pictures.

Once home I was thinking of this poor little Paddington and asking myself why I didn’t buy him and rescue him from his precarious position. I mentioned this to Miki and of course she said ‘Why didn’t you’!

First thing the next morning, feeling rather guilty I went back to Waterstones and asked the girl in the shop if I could possibly rescue the poor little Paddington from their window display. She was very amused and proceeded to get him from the tree. He was suspended by his leg with fishing line poor little thing. This little bear had ‘spoken’ to me and we had a connection so he was the only one I wanted. I was delighted to set him free and bring him home.

Next came his name, as the real Paddington bear was named after Paddington station where he was found and Miki and Truffle have Euston bear from Paddington’s family living with them, I decided this family member must also be named after a station. I looked at the underground stations and came up with Piccadilly because he was in a Pickle when I first saw him and ‘dilly’ loosely means delighted and I was certainly delighted to have him. Miki loves his name and thinks it is very funny and so like an ‘upside down’ Paddington. 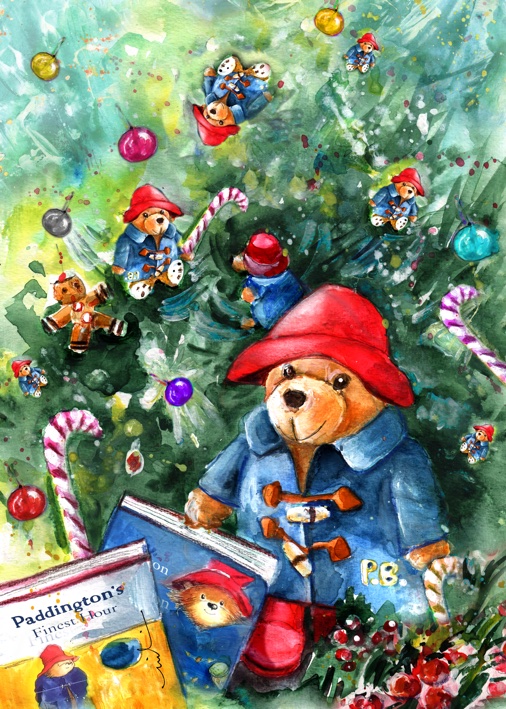 PS: If you are interested in prints of this painting, they are available in many different sizes on paper, metal, canvas, wood, etc. Also on pillows, covers, phone cases, Tote bags, shower curtains, T-shirts, notebooks, towels and many more.  Just click on the painting, it will bring you to Miki de Goodaboom’s  online shop. 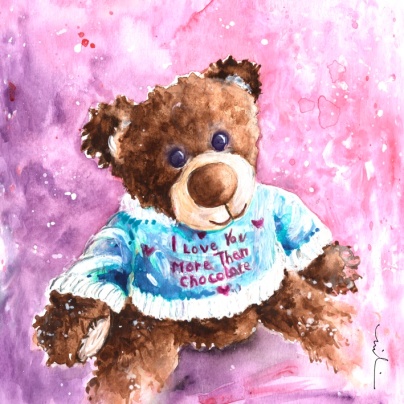 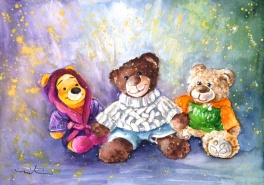 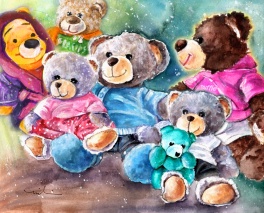 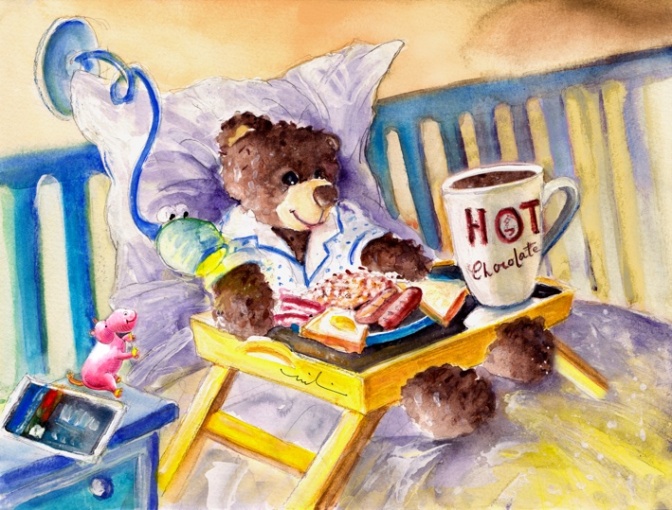